For decades, photographer Pang Xiaowei has been shooting black-and-white portraits of Chinese celebrities, from Olympic gold medal winners to singers and film stars.

"Color photos are novels that tell beautiful stories, while black-and-white photos are like poems, leaving room for the imagination," the 60-year-old says of his obsession with monochrome. 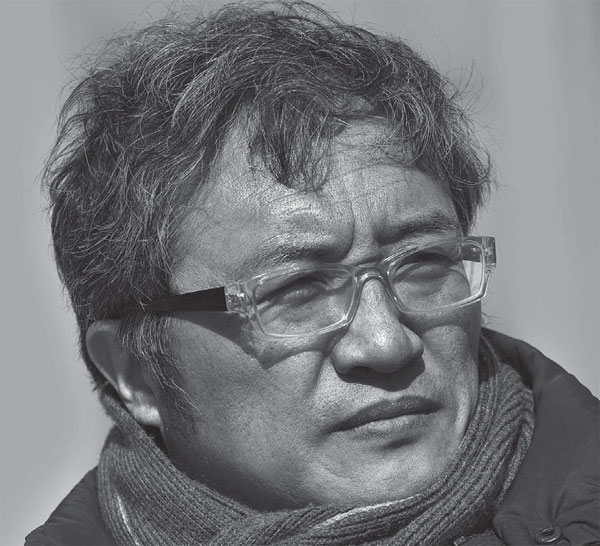 What should I wear? Do I need to put on makeup? These are questions celebrities ask most as he prepares to take their portrait. He tells them to wear what makes them comfortable, "to be who they are in daily life and be natural, very simple".

Pang started to snap celebrities in the movie business in 2002 to honor the 100th anniversary of China's film industry. It took him nearly four years to frame more than 1,000 famed faces, including actresses Gong Li and Zhang Ziyi.

Most did not know Pang before friends introduced them, and he often only had three to five minutes to get his shot. He would wait for his models on set. For instance, he shot Zhang as she rested during a break from making Purple Butterfly in 2003.

The difficulty of photographing an actor or actress is that they don't know how to be themselves in front of camera, says Pang, who was an actor in the theater for 10 years before taking up photography at age 30.

"If someone takes a photo of me and asked me to be who I am, I'd be very nervous."

He says he always loved taking photos for his friends, but only found his calling after seeing a solo show by Ansel Adams, a photographer from the United States known for his works in black and white.

After the movie actor series, Pang was touched by Beijing's excitement during the 2008 Olympics and so began a Games champion series, which included 186 Chinese gold medal winners.

It seemed like an impossible task, he recalls, because many of them lived abroad and out of the public eye. But he did it, and the series was later extended to include winners at the 2012 London Games.

In addition to celebrities, Pang also takes portraits of ordinary people. For his latest show, which closed on April 3 at the National Art Museum, he aimed his lens at craftsmen, residents and even the boys of a visiting chorus from Saxony in Germany, a cultural project initiated by A. Lange & Sohne, which makes timepieces.

Fan Di'an, head of the Central Academy of Fine Arts, describes Pang's photos as a process of using film to reveal a person's inner self.

"Who you are is not important," Pang says. "A good portrait can allow viewers to quickly get the character of the person who wears the face."

Pang is now working on a Peking Opera series, and for the first time will create portraits of well-known performers in color, although he will still produce a black-and-white edition. He has photographed about 130 performers so far.

"You can find all the essence of China's culture in Peking Opera, from the costumes, makeup and performances," he says.

He says Placido Domingo, the Spanish tenor, loved the Peking Opera photos he gave him as a gift when the two met in Beijing last year.

Of course, he didn't miss the chance to take a picture of Domingo, too.