Tom Pattinson, 36, started learning Chinese by accident. "When I was at school it was unheard of to study Chinese. One teacher of mine, Potter, was learning it and encouraged me to go to China on my gap year. His enthusiasm was certainly instrumental in my later decisions."

Part of the reason that Pattinson, who is from Bedfordshire in the United Kingdom, wanted to study Chinese is that he knew nobody who had been to China. He has since gone from being bereft of information and linguistic ability to setting up a business in China, including launching Time Out magazine in Beijing and Shanghai. 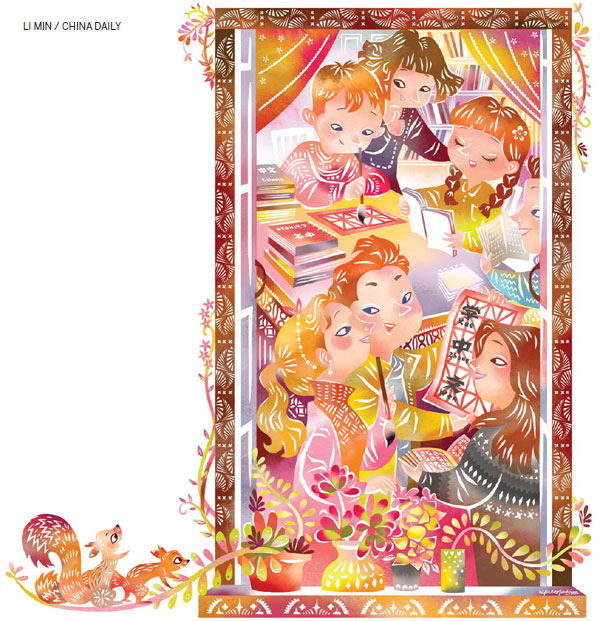 "For me, I don't think it would have been easy to start my own businesses, to deal with government or sponsors or partners to the same level if I didn't have Chinese. The value of being able to interview people in Chinese or communicate with artists, partners and local suppliers is immeasurable."

In recent years the UK government has encouraged the country's students to learn Mandarin. After returning from a trip to China in 2013, Prime Minister David Cameron urged students to move away from French and German and start studying Mandarin.

"By the time the children born today leave school, China is set to be the world's largest economy," he said.

"So it's time to look beyond the traditional focus on French and German and get many more children learning Mandarin."

Cameron said he hopes the number of Mandarin students would increase to 400,000 by 2016.

"This investment means we can give more young people the opportunity to learn a language that will help them succeed in our increasingly global economy," Osborne said.

Nicky Morgan, the education secretary, described the relationship between the two countries as vital to the UK's growing economy, which is why, she said, the government wanted more children from all backgrounds to have the opportunity to learn Mandarin.

In the UK, there are more than 25 Confucius Institutes and more than 100 Confucius Classrooms, the Chinese embassy in London says.

Confucius Classrooms, which are Mandarin-teaching organizations affiliated with secondary schools, receive some help and guidance from partner Confucius Institutes.