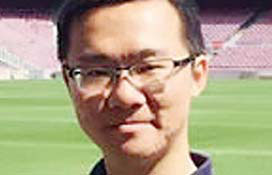 Living and studying in the UK is quite close to what I expected before I came to the UK: the living standards are good and the studies are of good quality, but too many Chinese students in the same class kind of makes studying abroad less exciting.

I think not only the Sino-UK relationship is important, but good relationships between China and every country is essential to China. Trade between the UK and China is mutually beneficial, of course, but obviously it is more significant for the UK than China because the Chinese economy is much bigger.

The Sino-UK relationship still has vast room for improvement, and not only in economics and commerce. The two sides also need to build more trust in other fields, such as military and international affairs. 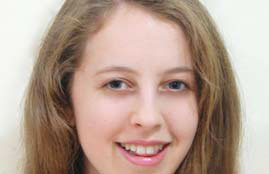 Lara Wolfe, who will pursue Middle Eastern and Asian studies at Downing College, Cambridge, next year

I fell in love with the friendliness of Chinese people and their rich history and culture after spending three years in Shanghai and Hong Kong in my teens.

2015 is meant to be a golden year for Sino-UK relations. However, all it has done is put in place plans that will start to blossom next year. Perhaps 2016 will be the platinum year. Both countries bring different skills to the table: the UK its service capabilities, especially tourism and higher education, and China its manufacturing sector and 1.3 billion people hungry for foreign goods and services.

With the push by the Chancellor of the Exchequer, George Osborne, for closer Sino-UK relations, I expect to see a formal announcement regarding China's investment in the UK. I think that any progressive cultural relationship between countries is important, as mutual understanding can never be a bad thing. On an economic level, the UK needs the Chinese economy's support more than the other way around, as the demise of manufacturing industries in the UK has made us much more reliant upon foreign trade. Also, I have noticed that there seems to be ever-increasing interest from Chinese students in our higher-education system, which remains one of our top exports. From what I have read, President Xi sounds like a personable character, and I have no doubt he will be warmly received. This will be the first state visit from a Chinese president in 10 years, so the press will no doubt be very excited about his arrival.