Suddenly, it's a small world

In the early 1990s Ma Ding, now in his 50s, joined a tour group traveling to Thailand - almost the only option the group could find to travel overseas.

It was a luxury package, and members of the group had to pay 9,000 yuan, a small fortune. But when they reached each destination, the group was asked to pay extra for shows or encouraged to buy local medicines. Ma and his wife returned to Shanghai with a big bag of medicine made of snakes but never had the chance to use them. 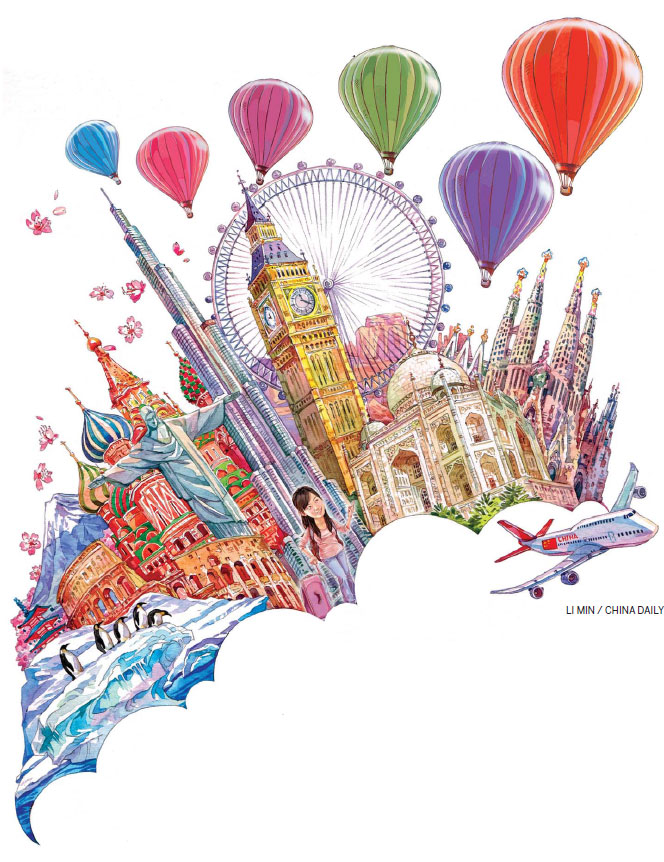 It was a time when obtaining a tourist visa for the United States or Europe was even difficult for many wealthy people in China like Ma. It would not be until 2005 that Ma, who owns two pawnshops in Shanghai, had the chance to visit the United States for the first time.

He and his wife were among five out of 19 people in their group to be granted a tour visa. "The United States as the world's most advanced country was the place I dreamed of visiting," Ma says. "The trip was also something I promised my wife when we got married."

The couple traveled for 14 days, taking in both the east and west coasts, and splashed out more than 60,000 yuan.

Since then they have barely stopped traveling. Ma and his family - two children - now travel four or five times a year, and he says that on average they spend about 1 million yuan ($153,000) a year. For instance, they have stayed in Seattle for a month or two in summer so their children could attend a local summer camp.

"Traveling is like an addiction," Ma says. "You feel bored after three months staying at home. The world is so big, and there are so many things we haven't seen or done."

Ma was one of those on the first luxury world tour organized by the country's largest online travel agency, Ctrip.com, in 2010. He has been to more than 100 cities in about 50 countries and regions, and traveled a total of 400,000 kilometers, he says.

"Traveling is not just going abroad to see the world. It's also an opportunity to relax and change. It helps you see things from a different perspective."

Wang Chunfeng, vice-president of Beijing Utour International Travel Service Co Ltd, says the first significant milestone for the country's outbound tourism was when the National Bureau of Statistics first published figures on the subject in 2000. That year more than 10.47 million outbound trips were made. Before then official statistics related only to inbound tourism and domestic travel.

From 2001 to 2015, Wang says, China's outbound tourism market grew by more than 18 percent a year, and it is projected to reach 600 million in total in the next five years.

Change is also reflected in the reasons people give for going abroad.

"In the early days most outbound travel was related to business or work," Wang says. "Now more than 90 percent of it is for leisure."

Thanks to rising demand for individual travel and more specialized and even personalized tour products, the ease of booking flights and accommodation on the internet and of obtaining visas, as well as the increase in flight destinations throughout the world, even from smaller Chinese cities, physical travel agencies have been in sharp decline, Wang says. Last year less than a third of travel bookings made in China were made in a brick-and-mortar travel agency.

As recently as five years ago, for many people outbound traveling was still a dream, Wang says, but that has changed.

Developed economies are paying more attention to the role of inbound tourism in boosting local economies and employment. So neighboring, medium-distance and long-distance destinations will continue to compete for Chinese tourists, she said, thanks to relaxed visa policies and improved Chinese-language services that many countries have introduced in recent years.

More outbound tourists are likely to emerge from China's central and western regions, especially from second- or third-tier cities and rural areas, she says.

The Ministry of Transport forecasts that the country will have 42 high-speed railway lines operating by the end of this year, stretching a total of 20,000 kilometers. The rapid development of high-speed rail gives people from once-isolated areas easy access to large cities, which will greatly broaden the source of outbound Chinese tourists.

Urbanization will also continue to power growth in tourism consumption. Figures from the National Bureau of Statistics suggest 58 percent of the country's population will live in cities by the end of this year. Mid-sized and small cities and rural areas are already warming to the outbound tourism market. 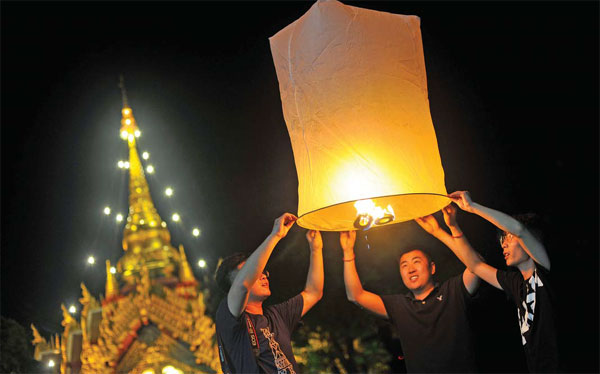