High-tech zones up the game 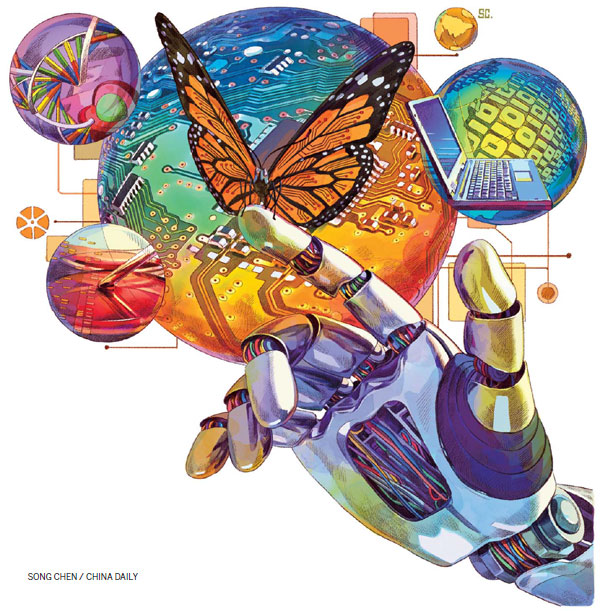 The South Korean electronics giant has invested $7 billion in setting up a research and development center, focusing on flash card technology, which has created 2,000 jobs directly and another 4,000 indirectly.

Over morning tea in his office, Yang Renhua, the 50-year-old deputy director of the Xi'an High-tech Industries Development Zone, has no doubt the zones are making a major contribution.

"I think the high-tech zones have, and will continue to play an important role in the development of the economy," he says.

"This is particularly the case with Xi'an. It is a part of western China that got slightly left behind after the reform and opening-up process in the late 1970s that spearheaded growth in the country's costal regions of Guangdong and Shanghai."

Like Silicon Valley and its ties with Stanford University, and Cambridge Science Park with Cambridge University, part of the Xi'an zone's success is its close links with local universities, including Northwest and Xidian, which are particularly strong in engineering, computer science and microelectronics.

The zone has also dovetailed with China's Western Development Strategy, which was launched in 1999 to trigger economic development in the poorer western areas of China.

"Shaanxi is a province based on heavy industries like coal and oil, and there needs to be a structural improvement and upgrading of its industries.

"Many companies in the zone have already shifted from low-end to high-end manufacturing. The local government has been particularly keen for companies to upgrade their technology and production lines," he says.

It is also strategically placed for the government's Belt and Road Initiative to create new trade links with central Asia and Europe.

The Yuxinou (Chongqing-Xinjiang-Europe) International Railway means goods can be transported the 9,850-kilometer distance from Xi'an to Rotterdam in 16 days.

"The initiative is a great opportunity for Xi'an that is very much at the start of this new road. The railways will bring down logistics costs for companies in this region. They will no longer have to transport goods to China's southern and eastern seaports, which are 2,000 kilometers away."

Peter Williamson, professor of international management at Judge Business School at the University of Cambridge, who has written extensively about innovation in China, says for this planned innovation approach to work, the technology parks have to link with industries already in the area.

"It is not a matter of building great facilities and thinking you have a science park that can then produce innovation. You have to leverage something that is already there. This could be a university or a cluster of existing companies. I think the performance of science parks in China has actually been patchy."

Williamson also insists it is actually difficult to plan innovation since it is heavily dependent on unquantifiable factors such as scientific knowledge.

"This knowledge is in people's heads. It is not a matter of just importing data and being able to innovate from that. You also have to be very linked in, not just to what is happening elsewhere in China but also across the world."

The technology parks are an integral part of China's ambition to be a global technology leader and not just a follower.

The government set out as long ago as 2006 its Medium and Long Term Program for Science and Technology Development, or MLP. It said it wanted China to be an "innovative society" by 2020 and a world leader in science and technology by 2050.

William Kirby, TM Chang professor of China Studies at Harvard University, argued in Can China Lead?, co-authored by Harvard academics Regina M. Abrami and F. Warren McFarlan, that this was a serious objective.

"This was not empty talk. Beijing, after all, has a solid track record of setting out a guideline and watching sub-national actors as far down as the village level fall into step through a mix of policies and incentives.

"The development of technology parks is also part of China's innovation planning."

On China's east coast is another of China's national high-tech industrial zones.

Opinion: Opportunity knocks for EU and China over next five years

Yuan rises for 7th day in a row, highest level since August

High-tech zones up the game