Player power wins the day at US Open

Federer advanced to his eighth straight US Open semi-final with an impressive 6-4 6-3 6-3 win over Frenchman Jo-Wilfied Tsonga to stay on course for a possible sixth title.

"It's always a great match-up between the two of us. We've played over 20 times, I think, so there is no real secrets out there," Federer said of his Djokovic encounter.

"We have had particularly good matches here at the US Open and I have the feeling it's going to be something similar again."

Murray produced his best display of the tournament in beating American wildcard Donald Young 6-2 6-3 6-3 but Roddick and John Isner kept the Stars and Stripes fluttering in the men's draw by beating higher-ranked European opponents.

Roddick showed glimpses of the form that saw him win at Flushing Meadows in 2003 as he ousted Spanish fifth seed David Ferrer 6-3 6-4 3-6 6-3 to set up a quarter-final clash with Nadal.

The towering Isner beat French 12th seed Gilles Simon 7-6 3-6 7-6 7-6 in a match unsurprisingly dominated by his serve and advances to face Murray.

Roddick's match was supposed to be played on the Louis Armstrong Stadium but was moved to an outside court with less than 600 spectator seats after farcical scenes.

The big-serving American joined forces with Nadal and Murray to berate the tournament referee Wednesday when they were asked to play in light rain and let his feelings known again when the Louis Armstrong Stadium court started leaking water and staff tried in vain to dry the playing surface.

"Find us a court," Roddick snapped. "At a certain point that has to take precedence over what people can watch." 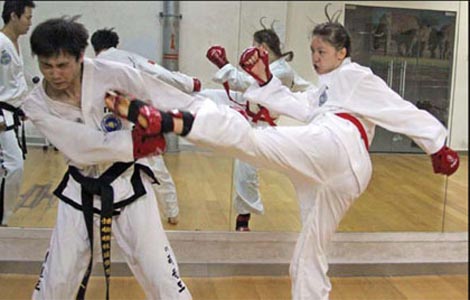