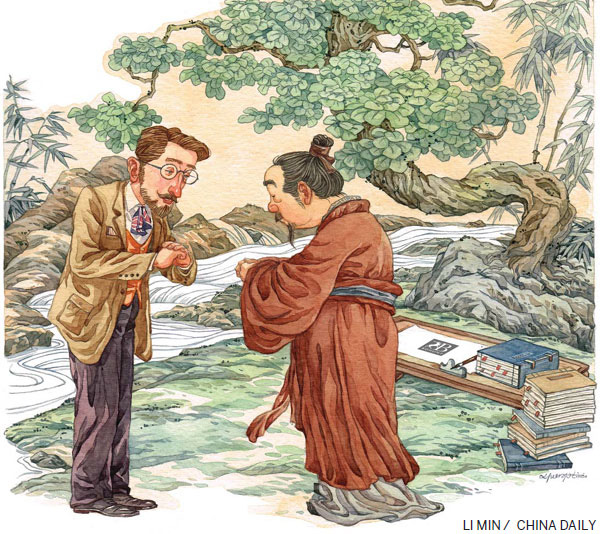 Aside from the final examinations in the program, which the BBC presented as a competition, the school has continued to track the progress of those students who took part.

The findings suggest better progress was made in biology under the Chinese method of teaching, while chemistry and physics were better in the traditional Bohunt style. Math was fairly even, with students on both sides feeling happier with the different methods.

Like most schools in Britain, Bohunt uses the inquiry method, where the onus is on the student to acquire information through asking questions.

"That works really well in chemistry and physics where they can do calculations and can run experiments," Avery says. "Biology, less so, as the students weren't going to understand anything from dissecting that they wouldn't have from a diagram."

The Chinese approach on the show was for teachers to take control of lessons and explain more in a focused way, which gets the information across quicker, he says. This gave the students more time to practice and go over things again when needed.

The collaboration went both ways, too: The Chinese teachers went away with wider strategies, while Bohunt took on board things such as the importance of "teacher talk" in lessons.

Juan Cole, the school's head of Chinese, adds: "It was a really interesting experiment for us to see what works and what doesn't. Certain methods worked for certain students, and one of our teachers has started adjusting parts of the curriculum." 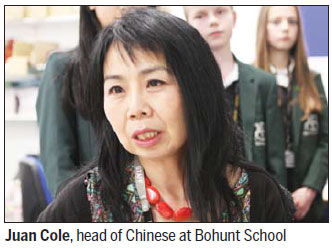 Naturally, the students were divided on which methods they preferred.

Philippa Murray, 15, was one of the young people who appeared in the BBC program. She says she found the Chinese teaching style enjoyable, especially when the class work became more challenging.

Of the Chinese math lessons, she says: "The way the teacher explained it was very detailed. For some people, they might have lost interest, but I was fine with it and very happy to keep listening to what the teacher was saying."

The year 10 student says the experiment affected how she sees education. "When I think back to the Chinese school, I appreciate how that taught me to treat myself better because I'm quite hard on myself when it comes to learning and when I don't get something right. I've learned how to deal with it now after being in that environment."

Scarlett Stevens, also 15, was less fond of the Chinese methods, however, especially the classroom competitiveness.

"The Chinese style was much more like a typical English college or university, like lectures and note-taking, which is much more common for a subject that you have chosen yourself, a single subject, whereas it was quite difficult doing that for five different subjects, just the same thing over and over again."

Stevens says she prefers the English way of discovery learning and finding out things for yourself rather than being told what the right answer is or what the right formula is.