From Chinese 'Renaissance' to community of shared destiny

In part, its cultural and artistic development will determine the world's outlook on China

Any serious discussion on the reinvention of the Chinese civilization implies both a long view of time and a broad consideration of space. In that sense, the notion of renlei mingyun gongtongti is highly meaningful.

While various renderings of renlei mingyun gongtongti are in circulation, it is the expression of "a community of destiny for mankind" (that is also known as "a community of shard future for mankind") which arguably stands as the most appropriate translation in English of what has become one of the key themes of China's public discourses and a concept inscribed in the Constitution in March 2018.

Characterized by the interactions between a rapid economic re-emergence and a profound sociopolitical transformation, the Chinese "Renaissance" is also a process of opening up to the world in which China is a receiver of external ideas and practices but also acts as an emitter.

Following the strategic decision of "Reform and Opening-up" taken exactly 40 years ago by late leader Deng Xiaoping (1904-97), Western modernity has certainly had an impact on Chinese society but the "Middle Kingdom" has also in many ways influenced global affairs.

The 21st century outward projection of China, whose scope and depth have no precedent, takes place around, at least, eight different axes: the export of goods, but also an increasing Chinese global presence through technology, people (tourists, students or simply the evolving Chinese diaspora), finance and corporate institutions, art and culture, military, diplomacy but also ideas.

The notion of "a community of destiny for mankind" can be interpreted as an example of a Chinese intellectual outward projection, an overarching proposal originated in China for a world undergoing rapid change.

By insisting on the importance of co-building "a community of destiny for mankind", China has opted for a geopolitical stance which is opposite to nationalistic unilateralism. While multilateralism is questioned and weakened by forces that have emerged in the United States, which has been the main contributor to its elaboration after the end of World War II, Beijing recognizes that in a world of unprecedented interdependence, cooperation, dialogue and compromise within multilateral organizations are indispensable.

Global interdependence is rightly perceived as an unavoidable reality, a destiny (mingyun), and one needs to manage and organize it (the notion of community, gongtongti) not only at a country or macro-regional level but also on the largest possible scale, mankind (renlei). Four decades after opening up to the world, China is a powerful advocate of an inclusive global governance for peace and shared prosperity.

"A community of destiny for mankind" also introduces a defining feature of what is the renaissance of a civilization as anticipated and conceptualized by Hu Shih (1891-1962) in his rich 1933 Haskell Lectures.

It is in the Chinese historical and cultural context that the ideal of "a community of destiny for mankind" has to be interpreted; it echoes the universalism which has been a constitutive element of the Chinese classical understanding of humanism. "A community of destiny for mankind" is a 21st century re-interpretation of the classical concept of da tong, or great unity or harmony.

From the Book of the Rites, one of the five classics of the Confucian canon, to Sun Yat-sen (1866-1925) or Li Dazhao (1889-1927) through the controversial but stimulating Book of the Grand Harmony (Da Tong Shu) as Kang Youwei (1858-1927), the quest for a great unity, the ideal of da tong, has been a recurring theme of the Chinese political and philosophical discourse.

One of the permanent features of the Chinese civilization has been the quest to unify what was known under heaven (tianxia) as the Middle Kingdom, without this effort of synthesis, without this attempt at harmonizing differences, it would have been impossible for China to build its first unified political construction and, more importantly, to maintain in the following centuries long periods of unity between moments, it is true, of fragmentations.

The incipit of the famous Romance of the Three Kingdoms encapsulates well the cyclical rhythm of Chinese history: "The world under heaven (tianxia), after a long period of division, tends to unite; after a long period of union, tends to divide". But this insight presents also China's recurring concern for unity. In the 21st century, China's overall impact on the world will be more unifying than divisive since it carries with it as an idiosyncrasy a tendency toward synthesis which has been the source of its own cohesiveness.

At the other edge of the Eurasian continent, the history of Europe with its fiercely independent city-states, kingdoms and, following the 18th century, its nations, has been standing in sharp contrast with the Chinese quest for synthesis, but since 1951 the European continent has finally entered a logic of integration. It can be said that the European Union, the political expression of the European unity, has been designed with the ideal of a community of destiny for Europeans in mind.

Obviously, a much broader and complex community of destiny for mankind will not be reached at once and it can't be externally imposed by one hegemonic power. A long and arduous path, it nevertheless offers the perspective of a political architecture aligned with deeper historical forces－the realities of an ever-growing interdependence in a world of intense technological connectivity－and it stands as a principle which morally elevates those who adopt it.

A concrete advance on this path should be, to a large extent, a product of the synergies between Europe and China, which in their own respective ways and at their own speed found the political wisdom to harmonize their internal heterogeneity. Having reached an equilibrium between unity and diversity these two ancient civilizations are, therefore, more apt to progress toward "a community of destiny for mankind", an effort of harmonization on a much larger scale, but which can benefit from their respective experiences.

At the opposite end of the "China threat" narrative, the Middle Kingdom's 21st century metamorphosis constitutes a historical opportunity much beyond material gains since the effect of the Chinese "Renaissance" could be a global renaissance attached to the growing awareness across the world that "a community of destiny for mankind" has to be co-built.

The renaissance that Jacob Burckhardt (1818-1897) described with great mastery and which transformed the cities of the Italian peninsula in the 14th and 15th centuries reshaped the entire European continent, and the Enlightenment of the French in the 18th century gradually had an impact on human societies far beyond European borders.

In our time, while the process of the Chinese "Renaissance" is taking place, while an ancient civilization reinvents itself materially and reinterprets its philosophical, cultural and artistic traditions, its centrality and attractiveness expand.

As China's cultural and artistic renaissance develops, its characteristics will not be seen anymore as peripheral realities in an exotic Orient, we will not simply look at its values, achievements and ideals, including "a community of destiny for mankind", but they will also partly determine our outlook on the world and on ourselves.

There might be a new historical moment in a not too distant future during which, da tong, the great unity, could stand as a worldwide criterion by which we would evaluate the diplomacy and judge the actions of a country. This would also be an indicator of the completion of the Chinese "Renaissance" and of its true global impact, not a mere objective change in world affairs but a cognitive shift in the way we interpret them.

The author is the founder of the Europe-China Forum (2002) and of the New Silk Road Initiative (2015). He has contributed this article to China Watch Institute, a think tank platform powered by China Daily. 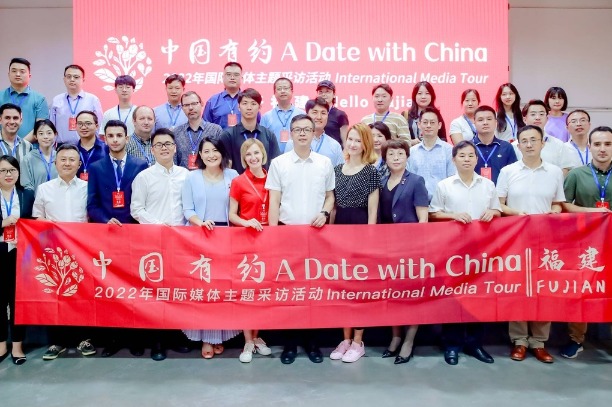 A Date with China kicks off Fujian tour 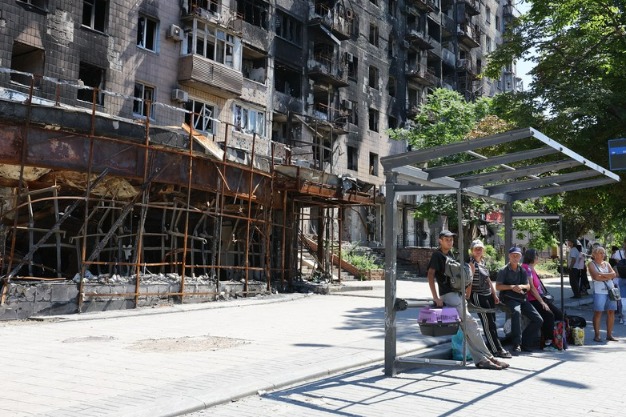 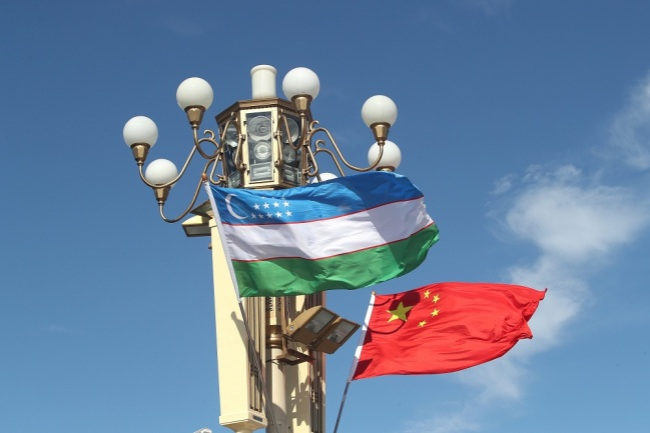 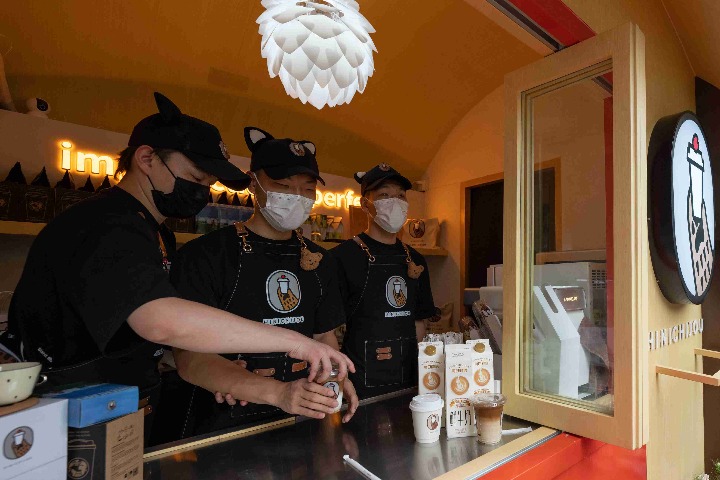 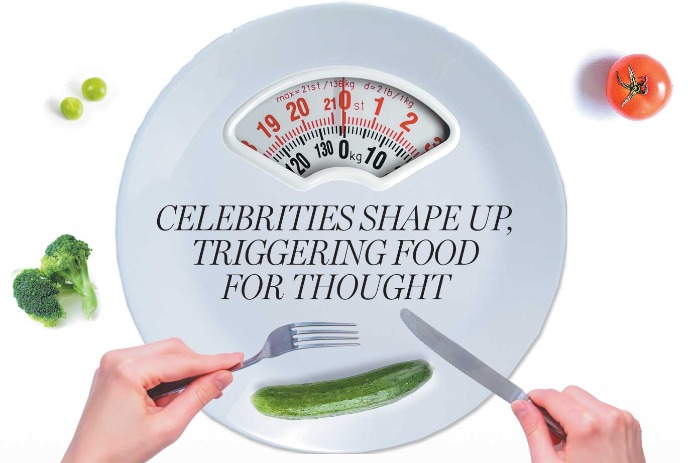 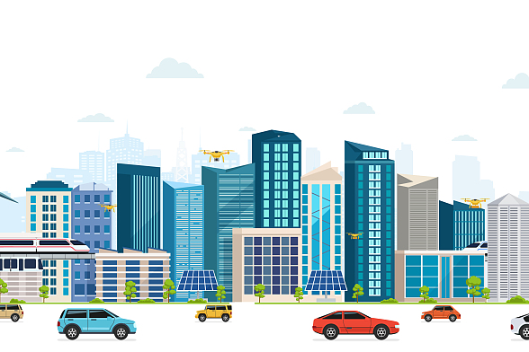 Readers: US backtracking on women's rights

Poverty eradication shows miracles can be achieved within a decade

When it comes to China's development, Hukou reform is inevitable

Infrastructure cooperation could be an option