"Currently in China, contamination is expanding, damage to the environment is worsening, the risk to human health is increasing and curbing pollution is becoming even more challenging," said Zhou Shengxian, minister of environmental protection.

Although the country has already beaten its five-year target to slash emissions, especially of sulfur dioxide - a major air pollutant - the quality of the environment has not improved accordingly.

"This is because, on one hand, China has to pay back its environmental debt for rapid economic growth during the past three decades and on the other hand, the country is also facing new and emerging environmental problems," Zhou explained.

China's double-digit economic expansion has been largely achieved at the cost of the environment and a depletion of natural resources. And with an improved standard of living, the public is leaving a larger ecological footprint.

For instance, the air quality in big cities and urban areas is worsening, in part due to small particle pollutants, a consequence of more vehicles on the road. In the Beijing-Tianjin-Hebei area and the Yangtze and Pearl river deltas, more hazy days are being recorded.

River pollution has also expanded into most of the drainage basins. According to Zhou, the country's 10 major rivers are all polluted to various extents.

Lakes are suffering from an over-discharge of chemicals, leading to excessive food sources for bacteria, causing outbreaks of blue algae. Almost all the lakes in East China are now suffering from eutrophication (the over-fertilization of lakes with nutrients), while in the 1970s, only 5 percent of lakes had the problem, Zhou said.

Consequently, China is poised to expand its emission reduction program in the 12th Five-Year Plan (2011-2015) and set mandatory emission targets for nitrogen oxides, which cause acid rain and haze, and ammonia nitrogen, which leads to eutrophication in water.

New targets for sulfur dioxide will also be set.

By the end of last year, emission levels of sulfur dioxide fell 9.6 percent from 2005 levels.

Chemical oxygen demand tests (measuring the amount of organic waste in wastewater) had shown a 13.1 percent decline during the same period.

Over the next five years, spending on energy efficiency and emission reduction projects is expected to reach 3 trillion yuan ($450 billion), according to a plan approved by the State Council, China's Cabinet. 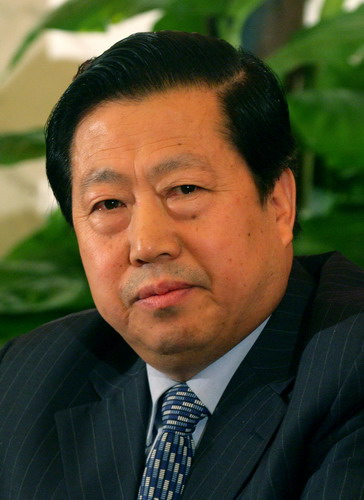 The yuan is likely to be fully convertible and on the way to being one of the world's major currencies by 2020.

More sophisticated Chinese consumers are surfing for luxury products on the Internet and a number of branded labels are ready to ride the wave.

Traugott Kaminski claims he was the first person to bring the yacht culture to China seven years ago.

If you're happy and you know it